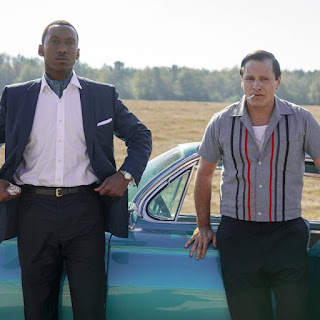 I am appalled at the criticism of Green Book as Best Picture. First of all, this category rarely recognizes the actual best movie. Second, movies are not meant to provide deep social commentary or reflect the aspirations of this interest group or that. They are entertainment. Third, as with music and comedy, mileage may vary.

This is not rocket surgery. Movies are not philosophical treatises on humanity. They reflect what one ensemble of artists feel and see. What the critics, particularly in the black community, miss is that movies are made for a general audience – and for profit. The awards are based on voting by members of the industry, and the complaints seem to suggest that the Academy should pick members at random to fill out racial and gender quotas. Again, it is an industry award, with no meaning beyond that, just like a doohickey industry award for best thingamabob.

Yes, it is a feel-good movie that suggests that at least in one case – based on a true story though obviously not pinpoint accurate – a white and a black worked together and came out enriched.What do the critics want – like that bozo Justin Chang of the LA Times -- that a story written by the family of a white person be produced to show a “black perspective?” Do they want "feel bad" movies? The Shirley family, which may well be upset for some financial reason, complained they weren’t consulted and the movie is inaccurate. No movie is accurate. Movie-making fiction, not journalism or history. Feature films are not documentaries. The Shirleys could have produced a movie but did not. The Vallelonga family did. More power to them.

As Sam Goldwyn purportedly said, “If you have a message, call Western Union.” Movies are not about satisfying the needs of advocates. They are about telling stories. They are about making you enjoy the two hours in a theater watching them. On that score, Green Book and Vice were the best movies that this viewer saw in the past year. What would have Spike Lee and other professional victims said if the winner had been The Favourite – a nicely costumed mishmash of ugly people doing ugly things for no purpose and without any historical accuracy.

Green Book is a legitimate Best Picture because it has everything you want in a movie – good script, good acting, good sense of time and place, some comedy, some educational value, some point.

And before anyone tells me that Green Book is not Best Picture, explain to me: Shape of Water, Gladiator, Titanic, Kramer vs. Kramer, Shakespeare in Love, and, yes, Driving Miss Daisy, which beat out Do the Right Thing.

If namby-pamby loony liberal snowflakes don’t like what they are seeing from Hollywood, chill and watch Netflix.