Haven’t had so much fun at a ballgame in a long time. It wasn’t just that through a friend of Jon’s we got to sit in the first row behind the Dodgers’ dugout; it wasn’t just that it was Steven Strasburg’s long-heralded return a year after major surgery; it wasn’t that he pitched five scoreless innings, giving up two hits and striking out four; it wasn’t that the game was not well attended due to rain, which held up the game for 30 minutes during the 7th inning.

It was because Jon was in his finest form, and I wasn’t too bad, either, in the art of heckling the visiting team, the home plate umpire and the home team Nats. We could be heard! And we were not profane and not threatening. We were damned amusing, actually, and it is part of American sports fan history to needle the visitors and hope to unnerve them just a little – if not engage with those multimillionaires whom you usually see only from a distance far greater than about the 10 feet we were from the vaunted Dodgers.

However, the fascist freedom-hating jackbooted security officials hired by the Nationals to dim the fan’s experience, actually warned a group of us fans to stop heckling because “they’re tired of it.” We could not get an answer as to who “they” were – the umpires (with whom we engaged in light banter on their way in and out of the weather stoppage), the Nats who struck out an amazing 17 times or the Dodgers themselves who either ignored us, or in the case of Dee Gordon interacted with us with a smile and a souvenir baseball for Jon’s soon-to-be- born son, or in the case of my newfound favorite pitcher and Cy Young Award candidate Clayton Kershaw, who turned around and told us, “I think it’s funny.” Apparently he was referring to comments about a rookie teammate’s awful haircut, or about Jon’s needle-sharp review of the home plate umpire, which someone who has pitched could pull off.

However, potential MVP candidate Matt Kemp, who makes $7.1-million-a-year, was not so amused, which was made evident when after the Dodgers finally went ahead he yelled to a group of fans, “Shut up you motherfucking sons of bitches.” (Note: anyone with entrée to Major League Baseball’s discipline chief Joe Torre, feel free to repost this.)

I’m not sure whether this was before or after Jon yelled into the celebrating Dodger dugout, “So you’re celebrating beating the Nationals in September. That’s sad.”

In fairness, Kemp might possibly have been irritated at the relentless reminders from fans near the dugout about his one-time relationship with Rihanna. Whoever that is.

The serious part is that this is not the first time that employees of the Nationals have told fans when we could stand and cheer and when we could not and what we could or could not say in a public forum that supposedly encourages fan-player interaction. And next week they will ask me to plunk down another full season’s worth of not-so-cheap tickets. I am wondering for what. 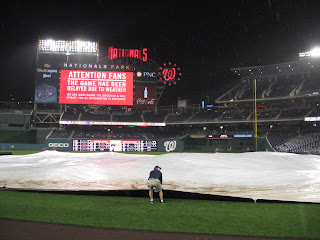 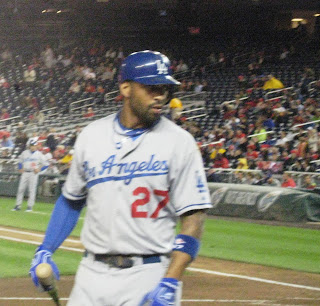 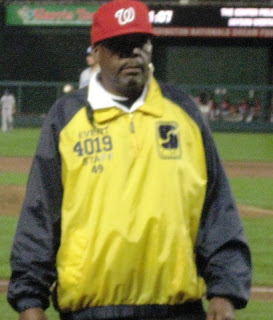