Had a satisfying Labor Day, indulging first in my love of small-town parades and then a baseball game from prime seats with my family.

As the columnist E.J. Dionne says, it should be called “Capital Day,” because it is no longer about the labor movement, which has gone the way of the milkman, but just another faux-patriotic day that marks the end of summer, the start of school, renewed mattress and car sales and the continuation of political campaigning. It irks me that moron broadcasters remind us that Labor Day is the traditional start of the campaign season. It is the traditional start of the campaign season in a campaign year, not the year before! Thus the lamestream media create traditions and rewrite history.

Anyway, here are some photos of the Kensington, Md., Labor Day parade, where the local and state pols are available for casual chat and ride in antique cars, where they ride behind the other horses’ asses (of mounted state troopers) and nursery schools, dancing schools and pirates entertain passersby, kids and dogs.

I wouldn’t miss it, and look forward to being there next Memorial Day, which has now become the start of summer and a chance to glorify current and future wars by paying pretend homage to the cannon fodder of past ones. 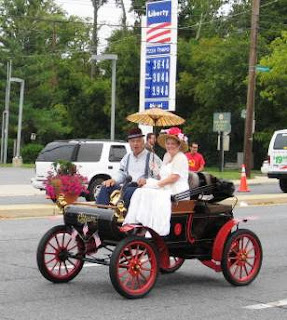 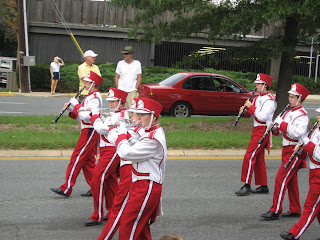 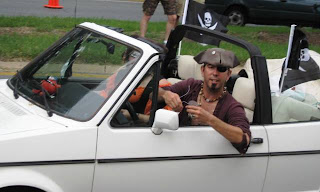 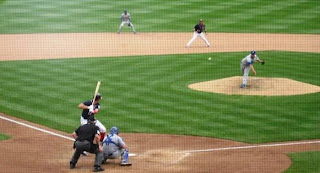