Hypocrites, Thieves and Bullies -- Observations on the 2012 Election 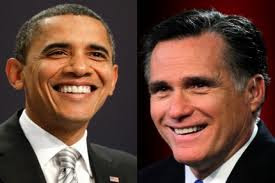 People who should know better sometimes ask me what I think is going to happen in an election. I used to give my predictions with a certainty born of pure guesswork. Now I am wiser, and my answer is, “How the hell should I know?”


But I do have some observations about the 2012 election, stated here just in case I predict something correctly and can say, “I told you so.”
Here are some near certainties:


1) – If the election is very close, Republicans will use their governors and their federal judges to steal what they need to install Mitt Romney.


2) – If Romney loses narrowly, it will be because Obama is a nominal Christian but Romney is a full fledged Mormon. As Chris Rock put it, “Do we want the son of a Mexican immigrant or an American who is the son of a white mother?”


3) – If Obama loses narrowly, it will be because he is black. This country has never gotten over its racism and latent fascism. Romney is rich, white, handsome and utterly amoral -- usually a winning observation.


4) – If Obama loses, it will also be because enough black and minority voters are too stupid or lazy to vote. On every major issue, blacks, minorities and a large portion of white establishment voters outnumber Republicans and conservatives. Therefore, Democrats should win every national election. But Republicans are very good at frightening people into voting against their own interests after lying about what those interests are.


5) – The outcome of some Senate race heretofore thought to be a walk in the park for some incumbent will stun everyone, most notably the guy who was defeated. (Here, I share one of my favorite post-upset comments. It is from one of the true ignoramuses to ever hold a Senate seat, Gordon Humphrey of New Hampshire, who said, “All campaigns are sloppy. Winning campaigns have their slop moving in the right direction.”)


6) – Early voting is a disaster and will be responsible for court challenges and ambiguous outcomes. Voting should occur for 24 hours on the appointed day, the same 24 hours from Maine to Hawaii, followed by announcement of the results. Absentee ballots should be allowed, as in the past, only for sworn reasons of expected absenteeism from one’s residence.


Here are some guesses:


1) – Romney will win the popular vote. If Obama wins the electoral vote, Republicans will be in the streets and courts, unmindful of the 2000 election. That is because Republicans are hypocrites, thieves and dastardly bullies who have no regard for their fellow man or for democracy.


3) – If Obama loses, Democrats still will never realize they have to fight dirtier than Republicans. If Obama wins, he will continue to govern as a centrist Republican.


4) – About six months into a Romney presidency, people will wonder just what it is that he meant when he said of his business background, “I’ve done it and I will do it again.” The last presidents whose background was business were George W. Bush and Herbert Hoover. It was Calvin Coolidge, remember, who said, “The business of America is business.” What followed was the Depression.


5) – If Romney is elected, tens of thousands of Americans, many of whom voted for him, will die unnecessarily because of his foreign policy and health policy.


6) – The largest demographic group in America consists of stupid people. But in a perfect manifestation of the democratic ideal, they are usually governed by  stupid people. It is because people vote not on issues or direction of the country but on who makes them feel good about themselves. We have survived this far, but had we as a people voted for the smarter and better human being most of the time, we would not be as close to terminal decline as we are at this moment.