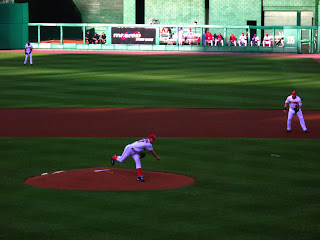 When he threw his first pitch in spring training to a catcher who will some day be elected to the Hall of Fame, Stephen Strasburg gained his nickname.

At his Major League debut Tuesday night, Mr. Strasburg wasn't quite walking on water, but only because no one walked. In the history of baseball, no one making his debut struck out 14 and walked none. In the history of all baseball, only six have ever done it. No one has struck out that many on fewer pitches. And, needless to say, Strasburg set a team record for strikeouts in one game.

Jeee-zuss was so efficient the entire game -- a rare sellout in Washington -- was over in a mere two hours and 19 minutes.

Also, because it was such a hot ticket, the crowd was different. Of course the stands were filled with talk show hosts, network correspondents, congressional staff, former members of Congress, and even a former presidential national security adviser. Tuesday night's crowd was better behaved, better looking and better resourced than the run of the mill audience. This crowd was better heeled than Imelda Marcos.

It was as historic and memorable game as I have seen since the Orioles lost the division on the last day of the 1982 season, when Earl Weaver retired and the fans refused to leave, staying on their feet for 30 minutes until the players emerged from the club house and tossed their jerseys to the crowd. 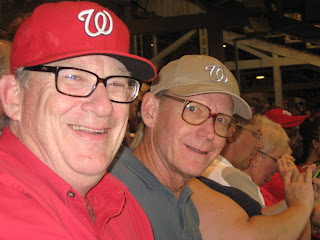 The burdens of owning season tickets are much lighter now. And the privilege the Nationals extended to us loyalists of being able to buy six extra tickets, allowed my entire family to attend, as well as the brother of my sister-in-law-by-marriage, a fellow named Hank Thomas, whose grandfather happened to be Walter Johnson.
Posted by Ira