The cancer that is Republicanism is now terminal – not for the vampires, who cannot be killed, but for the very country these corpo-fascists are intent on destroying.

The latest outrage is sudden nationwide massive right-wing resistance to the idea of the president of the United States addressing the nation’s schoolchildren on the importance of education and of making a contribution to their country. One would think this is not only harmless, but a positive teachable moment having nothing to do with politics.

Since I do not visit the garbage dump populated by Rush, Glenn and Sean, I am not sure which patsy of the corporate titans – could it be the criminals at Pfizer? – started the uproar that Obama wants to “indoctrinate” America’s children. But it took only 24 hours for it to sweep the nation, meaning that just like opposition to health insurance reform, someone was behind it; someone or some people manipulating the goobers whose hatreds are stronger than their intelligence, and using the news media, all owned by corporate powers.

So next Tuesday, parents across America will keep their children home rather than have them listen to the president of the United States. Some school systems will not even allow the broadcast.

What are they afraid of? The same thing these redneck trailer turds in three piece suits and high heels have always been afraid of – that their children might use their brains.

One school system that is refusing to let the president of the United States into its classrooms is Loudoun County, Virginia. Home of the “massive resistance” to desegregation in the 1950s that closed its schools rather than let blacks attend.

It is inescapable now – after Republicans lied about Obama’s birth and health care, brought guns to town hall meetings where Democrats spoke, refused to participate in crafting moderate legislation and did the bidding of their insurance and drug industry masters – that the party and its base is the 21st Century home of the Ku Klux Klan.

It is an inescapable conclusion because health care, the economy, foreign policy are all issues that traditionally have been debated in the broad center of the political spectrum. Republicans once might try to improve a Democratic idea, and Democrats once might have swallowed tax breaks for the rich in order to get a few crumbs for the poor. But they talked. No more. 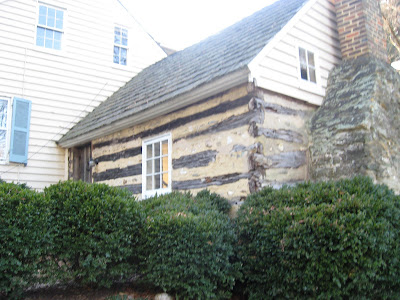 Since President Reagan and George H.W. Bush did the same thing without protest, there is only one reason that the most educated, most accomplished and most skilled public speaker ever to occupy the White House would be opposed.

The most shameful individual involved in this is Republican party chairman Michael Steele, who was born, raised and now schemes just a few miles from a historic building just outside of Washington. It is known as Uncle Tom's Cabin.
Posted by Ira