I Love a Parade 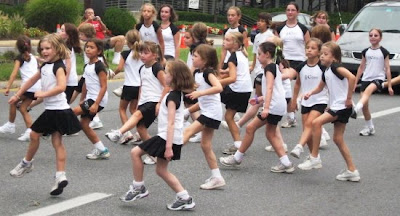 My favorite holidays are Independence Day and Labor Day because two small towns near me on either side of the Beltway hold parades, and there is nothing I love better.

In this heavily populated liberal wine-and-cheese country, you would be hard pressed to tell the difference today’s parade had from any number of such events in so-called Middle America.

Highlights include watching a troupe of high-stepping girls from an Irish dancing school maneuver around the load of horseshit in the middle of the road that was not a member of Congress; students at a dog obedience school who kept better time with four paws than most of the high school marching bands, including my alma mater’s. (For those of us who still have school spirit, and like me who played in a school band for six years, there is nothing like hearing a fight song you haven’t played in 45 years but still could at moment’s noti 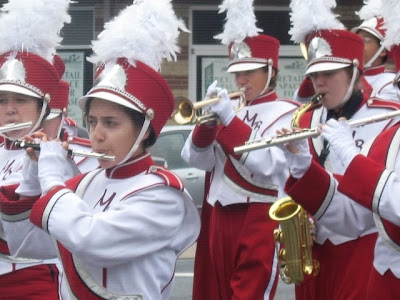 There were fire engines galore, Montessori school groups, a Catholic girl’s school, Boy Scouts, a cornet band riding a wagon out of the 1890s, unicyclists, high school bands, unicyclists, acrobats, Vietnam veterans, a senator, a member of Congress assaulting children in the crowd by throwing hard 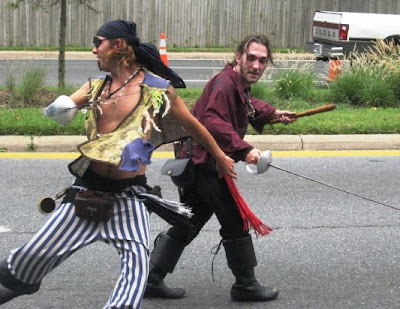 candy at them, and a shovelful of local elected officials. (One of the volunteer marshals used to be on TV every day as the 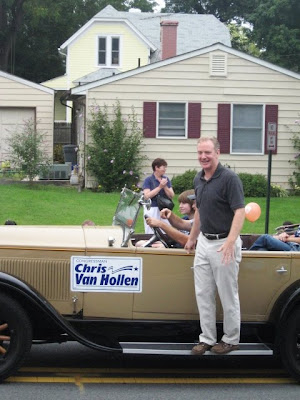 My favorite units were two “pirates” who dueled their way down the parade route and the two tow trucks, symbolizing the non-holiday character of the Connecticut Avenue parade thoroughfare as well as piracy for profit. 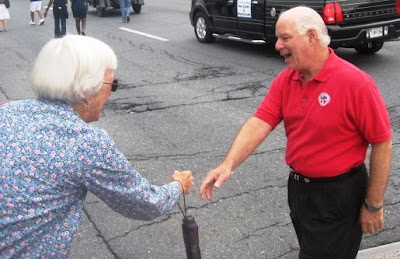 The local Republican committee was next to last in the marching order, preceding only the offensive Christians masquerading as “Jews for Jesus,” an oxymoron as odious as “Hindus for Beef.”

To me, these community parades are pastiche of patriotism that moves me far more than flag-waving, God-Bless-America-bleating, war-loving, Nuremberg-tinged public displays of Orwellian groupthink.

On this subject, I am torn, because I would like to use my season ticket to the Nationals baseball game next Thursday against the Phillies, but it has already been promoted as “9/11 Night” at the old ballpark, even though it will be on 9/10. Which is no big problem for a team whose uniforms this year once read “NATINALS.”

I didn’t think the team’s slavishness to all thing military could get any more vomitorious than at a usual game, where they have now run out of wounded veterans to show on the video screen and just exploit healthy active duty military between innings so that the “crowd” can stand up applaud them sentimentally and by so doing encourage others to join up and kill for our country. But this coming Thursday, it could be beyond my tolerance.

Maybe I’ll give the tickets away to someone with a stronger stomach for hypocrisy and insincerity.

Do I hate members o 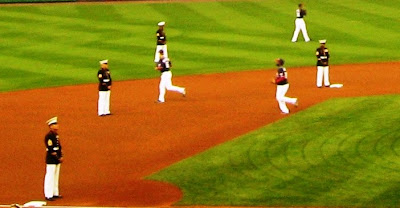 f the military, or veterans? No, but since none of them was drafted and none of them has made my life safer, they are no more heroic, better or more patriotic than anyone else. Since their job description is to kill, I see no reason to applaud them.

If we have to have them, I say put the Marines on the battle field, not the ball field.