End of an Era

Nov. 24, 1963 was cold and damp, and I stood on Pennsylvania Avenue observing the cortege that bore the body of John F. Kennedy to the Capitol where he would lie in state.

Aug. 29, 2009, was hot and oppressively humid, and i stood on Constitution Avenue (just before it joins Pennsylvania Ave.) and observed a less crowded, less formal procession of Edward Kennedy from his last visit to the Senate he loved to his gravesite, near his brothers, in Arlington Cemetery.

In June of 1968, at age 20 and without the resources or logistics, I was unable to ride the Robert F. Kennedy funeral train from Washington to New York, after receiving a last-minute invitation as a leading college journalist.

For better or worse, the Kennedys made a difference in this world, and while much was made of the huge extended family and the courtesies they extended to mourners (as pictured below), I don't see anyone capable of carrying the torch.

Former Supreme Court Justice Oliver Wendell Holmes once wrote, "three generations of imbeciles are enough." Well, the first two generations of Kennedys in America were not imbeciles, but the third one sure is.

Joseph Kennedy III was among the dumbest members of Congress before he chose not to run because of marital infidelities. He later became chief American pitchman for the Venezuelan dictator Hugo Chavez (owner of Citgo, by the way.)

Robert F. Kennedy Jr., is a flaming conspiracy nut who believes the government infused children's vaccines with a chemical that caused autism. His views comparing the Bush administration to fascism I happen to agree with, but his language, his facts, his judgment and his general persona make him utterly incapable of persuasion or leadership.

His older sister, Kathleen, was lieutenant governor of my state and failed to distinguish herself and then lost an utterly winnable campaign for the governorship.

Others in that generation are either dead from drugs, dead from reckless aviating or acquitted of rape.

Anyway, here are some photos from the pre-crepuscular motorcade that took Ted Kennedy to the darkness of Arlington Cemetery and eternity. 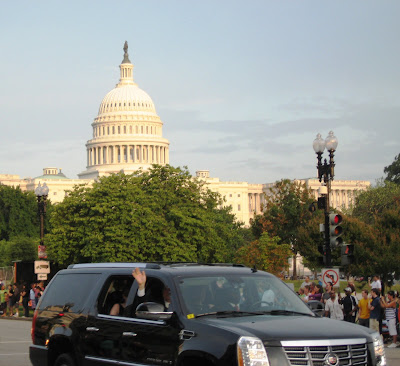 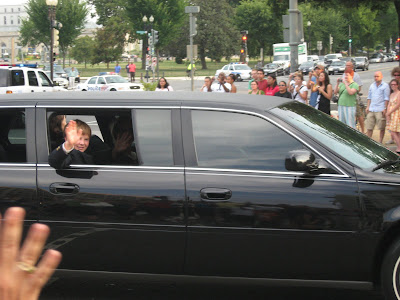 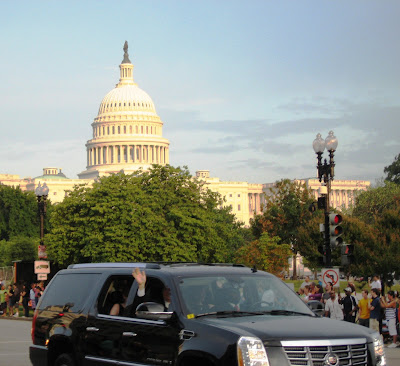 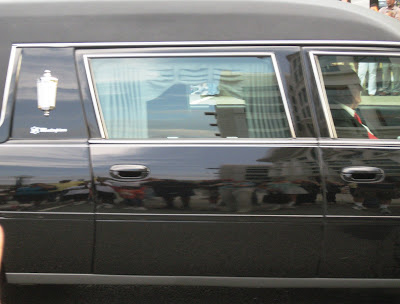 (The yellow blob reflected on the left side of the hearse panel is me.) 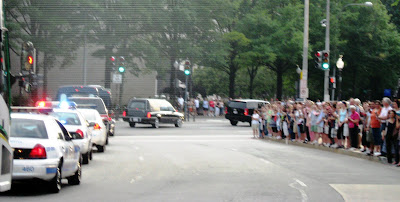