Obama and the Butler 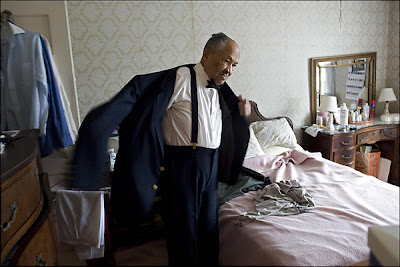 I don't know if there is a Pulitzer Prize for a single piece of newspaper feature writing, but if there is, give it to Wil Haygood and retire the award, because no one will ever top this Page One story from yesterday.

A Butler Well Served by This Election
For 34 Years, Eugene Allen Carried White House Trays With Pride. Now There's Even More Reason to Carry Himself That Way.