I just finished watching HBO’s excellent “Recount,” a well-made rendition of the circumstances behind the theft of the 2000 presidential election.

Which brings me to another nutsy-cukoo who should not be allowed anywhere near the White House. I refer, of course, to Hillary Clinton, who in the past few days has basically said the reason for her staying in the presidential race was in case Barack Obama gets assassinated. Crude as that was, that’s not a reason for sticking around. If anything made Obama impossible to accept the nomination, the Democratic party would have nowhere else to turn but her, even if she stops campaigning.

Obama let her off the hook, saying when people are tired they say things. Well, just as with her account of the daring landing under fire in Bosnia, Clinton had said the exact same thing before – that previous campaigns, like her husband’s and Bobby Kennedy’s lasted into June. 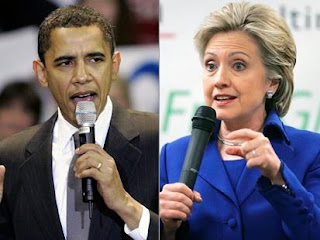 The disingenuity of that argument is breathtaking. Bill Clinton had the nomination sewn up in 1992 well before the last primary in June, and in 1968, Bobby Kennedy had only been in the contest for little over two months before ending his campaign, and life, in California in June. Until this year, the reason the contested primaries went until June was because that’s when the most important electoral state, California, held them!

The tired old bromide that the Clintons “will do anything to win” was reinforced the other day by Chelsea, who was in Puerto Rico to help her mother win that primary, even though the people who vote for her are not allowed to vote in the general election. Anyway, bright girl that she is, Chelsea tried to organize a rally on the island of Vieques, a controversial piece of real estate which the U.S. Navy periodically bombed to test its weapons. The area Chelsea wanted to visit to talk about her mother’s plan to clean up the bombing range’s environment rally was returned a few years ago by the Navy and is now a preserve run by the U.S.Fish and Wildlife Service. Pssst, Chelsea: You can’t campaign on federal property. Everyone in politics kinda knows that.

Beyond all that, Hillary Clinton’s arguments why she should not gracefully leave the presidential contest with any dignity are as specious as the Supreme Court’s arguments in Bush v.Gore, where the Court ruled that there was not enough time to count all the Florida ballots, a decision rendered after the same Court previously delayed the counting.

In an ever-shifting set of talking points, Clinton claims that she should be nominated, even though hopelessly behind in the number of delegates needed to win, because she hopes to have won more votes than Obama (which clearly, vis a vis Bush v. Gore, doesn’t really matter.) But that claim rests only on counting the people who voted for her in Florida and Michigan, which all the Democratic candidates vowed not to campaign in. Obama’s successes early in the campaign were due to the fact he attracted people to him after be began campaining, that is he did not have the name recognition and money that Hillary did. Even so, in Florida, Jan. 29, she got 50 percent of the vote and he got 35. In Michigan, Obama’s name was not even on the ballot but the “uncommitted” (meaning “not Clinton”) got 40 percent.

The two states were deprived of their delegates by the national party because they refused to abide by the party’s calendar of primaries. The dispute should be settled in the next week or so, and Obama can be gracious and give her some of those delegates from the two states, and it will make no difference. What will be her legacy is that of a sour old crank of whom it may be said that even her friends don’t like her.

She claims that only she can win in November because in the primaries she won critical states, like California, New York, Texas and Pennsylvania. Oh yes, and West Virginia.

However there is no way Democrats will win Texas and there is no way even Obama cannot win California and New York. For every “swing state” like West Virginia (hardly!) or Missouri that she might win, Obama might win states she can’t, such as Colorado or, surprise, Mississippi.

I think one of the better ways of determining for whom to vote is to measure how a candidate has run his or her campaign. On that score, Hillary should not be elected dog-catcher. Her strategic and tactical plans were inferior to Obama’s at every step. She mismanaged money, didn’t pay attention to the rules, thinking the nomination would be hers for the asking, tried to marginalize Obama’s credibility by comparing him to Jesse Jackson and pissed off black voters as much as if she had suggested the Michigan/Florida dispute be settled by awarding the renegade states three-fifths of a delegate.

Clinton also appears to have hurt her case by comparing the cause of seating the delegations with the abolition of slavery and the disputed election in Zimbabwe(not to mention her invocation, on Friday, of the assassination of Bobby Kennedy to explain why she is still in the race.. Knowledgeable Democrats said those comments have played poorly with the very people she needs most right now, superdelegates and members

My advice is for her to get out of the race yesterday and, if she wants to stay in it till the Democratic Convention in late August, she ought to prepare now for a primary opponent in her next Senate race.
Posted by Ira