My favorite musical is “Seven Brides for Seven Brothers,” which reprises the early Roman “rape of the Sabine women.” That atrocity was mentioned in a column Thursday by my favorite Washington Post political observer Dana Milbank, noting that a lot of bad shit happened in the past that we don’t demand apologies for. 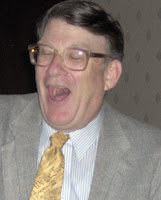 At issue is the House of Representatives' looming vote to condemn for the 1915 “genocide” against Armenians. I don’t know any Turkish people but I know several fine Armenian-Americans, and they are justifiably pissed at . But what would a House resolution do except get a sensitive Turkey, American’s only friend in the Middle East and a Muslim nation at that, to make it even harder for us to get out of Iraq.

The reason for this diplomatic disaster? Lots of Armenian-American voters. Few Ottoman-American voters. Which is rather ironic since if the Turks hadn’t slaughtered them, there would be fewer Armenian Americans to hold ’s beak to the fire.

Also in the Post is a short musing in a place one would not usually look – Page H-6. That is called back of the book. It was a piece in the garden section wondering why so many girls’ names are so flowery – Heather, Rosemary, Lily etc. – but no one is named after vegetables.

Speaking of vegetables and women, how about the pernicious putrescence of garden-variety Nazifems Michelle Malkin and Ann Coulter?

Malkin published the home address of a 12-year-old boy who gave the Democratic response to President Bush’s last radio speech. The boy was helped by the S-CHIP health program President Bush vetoed. It is a 10-year-old safety net supported by most Republicans and other human beings and provides health care for children in families who can’t afford insurance but have too much income to qualify for Medicaid. Malkin picked up a pack of mendacities from the notorious slime pit called freerepublic.com, which contained lie after lie about the boy’s family – in short, falsely alleging the family is wealthy when in fact its circumstances are precisely those envisioned when a Republican Congress established the program.

What can you say about Coulter other than to quote the filthy little hatemonger from her CNBC appearance with Donnie Deutsch on CNBC, part of the corporation that fired Don Imus but thinks Coulter is okay.

She started by predicting that heaven will look like the 2004 Republican convention in . "People were happy … They're Christian. They're tolerant. They defend ." After reading this, I think we can all agree that the sooner Coulter gets to heaven, the better. And may she find out that God is Jewish and really annoyed.

DEUTSCH: ... so we should be Christian? It would be better if we were all Christian?

DEUTSCH: We should all be Christian?

COULTER: Yes. Would you like to come to church with me, Donny?

DEUTSCH: So I should not be a Jew, I should be a Christian, and this would be a better place?

COULTER: Well, you could be a practicing Jew, but you're not.

DEUTSCH: I actually am. That's not true. I really am.

COULTER: Do you know what Christianity is? We believe your religion, but you have to obey.

COULTER: We have the fast-track program.

DEUTSCH: Why don't I put you with the head of ? I mean, come on. You can't believe that.

COULTER: The head of is not a Christian.

COULTER: I don't know if you've been paying attention.

COULTER: No, we think -- we just want Jews to be perfected, as they say.

DEUTSCH: Wow, you didn't really say that, did you?

COULTER: Yes. That is what Christianity is. We believe the Old Testament, but ours is more like Federal Express. You have to obey laws. We know we're all sinners --

DEUTSCH: You said -- your exact words were, "Jews need to be perfected." Those are the words out of your mouth.

COULTER: No, I'm saying that's what a Christian is.

DEUTSCH: But that's what you said -- don't you see how hateful, how anti-Semitic --

COULTER: That isn't hateful at all.

DEUTSCH: But that's even a scarier thought.

And Now We Bring You Don Imus, Maybe

Reports are circulating that Don Imus may be back on the air soon, which I think is a fine idea, even though his act got stale for me long before the “nappy headed ho” business. But that isn’t good enough for the once-respectable National Association of Black Journalists, which has turned into another race-card-playing advocacy group. Somehow I thought journalists, especially ones sensitive to past slights, would be in favor of the most speech possible and would resist attempts to deny anyone a platform. Stupidly, I thought a group of journalists should take positions only on workplace issues, professional development and journalism ethics, of which NABJ seems to be in short supply.

After vetoing legislation that will endanger the health of 4 million kids, he is now threatening to veto a bill that would remove legal liability for the pro-Republican telecommunications companies that may have illegally spied on Americans. But why should they worry? After all, Bush had promised the world that everything he did to protect American from terrorism was perfectly legal.

Yeah, I know he was really a drunken Air National Guardsman when he wasn’t deserting his Stateside post in the Vietnam War, but he sure is spending like the drunken sailor John McCain used to be before some Vietnamese who were tired of him strafing their villages shot him down.

Part of his Bush’s reason for making 4 million children sicker was the supposed $35 billion cost to the federal budget.

It didn’t bother him at all to give the drug companies $1.2 trillion through the Medicare prescription drug program before the 2003 election. It apparently doesn’t bother him that his budgets have been averaging twice the annual growth of the budgets, and that doesn’t even include what he has spent committing a billion dollars worth of war crimes in .

The good news is there are only 466 more days left before regains her integrity.