From a book about a central character in the New York City business world in the 1980s by journalist Selwyn Raab: 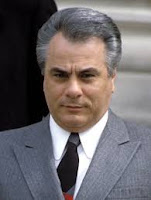 “Flattering print and television stories about his opulent lifestyle, his unorthodox mannerisms, and his …invincibility magnified his opinion of himself. …  ‘He was made to order for the press. The way he looked, dressed, his arrogance toward the law. The press was manipulated by him and turned him into a folk hero’ (said a U.S. Attorney.) … He was heard fulminating at the government’s vendetta to convict him and how tough the law would be on him if he were ensnared.  Yet he repeatedly committed the fundamental mistakes that earlier had gotten him into difficulties, until they proved to be fatal. … His inability to judge loyalty and talent were pitfalls for (him.” 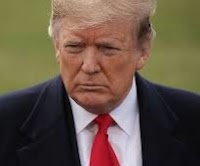 The author also expounds at length about his and his associates’ foul public insults of federal prosecutors.

The passages are actually about John Gotti, but it adds to the portrait of Donald J. Trump as the greatest organized crime boss ever.

My only optimism is that he will talk himself into impeachment, exile, or prison.