I Really Wish He WERE a Carpenter 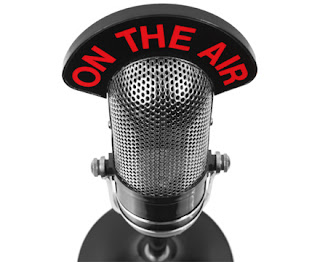 Now that the Nats season is over, I would like to unload on the most sickening aspect of the team – lead TV announcer Bob Carpenter. There is not a cliché he hasn’t overused, not  a poor play that he hasn’t made an excuse for, and not an unctuous word undelivered. As a game show host he would be mediocre. As a baseball announcer, he makes me glad I am losing my hearing.


I naively believed that to be a journalist, as I was, you had to have a pretty good command of spelling and grammar to get a job and then you could improve your writing. I believed that in broadcasting, you had to at least be able to speak correctly to get a job and then add whatever personality flourishes you wished. Local television news and the Internet have disabused me of both myths. And baseball color analysts, like F.P. “he should of went” Santangelo, seem to be hired BECAUSE they do not know grammar.


However, my point here – and I wish to ask any linguists reading this if I am wrong – is that Carpenter deviates so much from normal inflection as to make me even more insane. The articulation crime is the repeated emphasis on the wrong word in a multi-word phrase. For instance:


“The clean-UP hitter”
“A road TRIP”
“A home STAND”
“A home run to start the NIGHT”
“Seven base RUNNERS”
“A good rbi GUY”
“He had elbow PROBLEMS”
“A real crowd PLEASER”
“The on deck CIRCLE”
“The New York Police DEPARTMENT”
“A big power HITTER”
“From the Chicago AREA”
“The one major holdOVER”
“A pitch-OUT”
“The box OFFICE” … ad nauseam.


This pox on broadcasting also has a peculiar and annoying tic, shared by Barack Obama, of hissing the final “s” on plurals or possessives ending with a “z” sound. As in “boyce and girlce” “runs the basessss,” “Alcatrassss Island.”


Carpenter is from St. Louis, where I recognize that the “aw” sound is pronounced as “ah” as in the “shartstop” position. But does being from St. Louis mean you must emphasize the wrong word in a pair that everyone else knows how to articulate? It is as grating as in the Washington-Baltimore-redneck use of “ice CREAM,” “CEment” and “DE-troit.”
Posted by Ira