Why the Nats are a Mirage

All those heart-stopping one-run wins earlier in the season were beguiling because they masked the fact that the Nats have .500 talent at best, with a roster full of two- or three-tool guys. To wit: 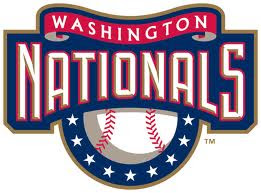 RyanZ  is an average fielder; a streaky hitter


LaRoche has a terrible uppercut and poor plate discipline


Harper is a brainless punk whose batting skills have been figured out by NL pitchers.


Strasburg is a fragile, egotistical thoroughbred who can’t be trusted in big games.


Desmond has improved in the field and at bat but remains brain-dense.


Bernadina can run but he is a full-fledged baseball moron


Espinosa cannot hit and cannot learn to hit. He can field, but shake a tree and a dozen fielders fall out.


Flores is a five-tool disaster; way below average behind the plate. Leon is worse.


Lombardozzi will be nothing more than a good utility guy. Sign him up, Pepco!


Henry Rodriguez should be released immediately.


Clippard was never that good. Any closer will grab saves. He screwed up in 4 consecutive games.

Chris Mathews is better at hardball than Ryan Matheus.


John Lannan was always a No. 4 or No. 5 starter in terms of ability. He will not improve.


On offense, that leaves Tyler Moore who might make it after all.


On the mound that leaves, Gio,  JZim, Detwiler and Jackson who are worthy of confidence. Maybe Storen but time has to tell.


Davey Johnson, I repeat, is a terrible in-game manager who wants to pamper players at the expense of winning a given game that fans paid to see.

And that's the way it is. The fifth spot in the NL and a playoff spot is possible, but less and less likely as other teams show them how the game should be played.
Posted by Ira