America Going to Hell in a Teabag 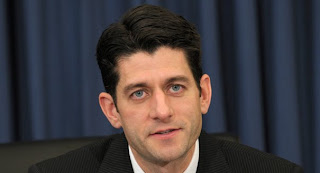 As I write, there is still no agreement on a short-term spending plan. But the real danger to the republic was the huge plop in the toilet bowl of discredited ideology from media darling Rep. Paul Ryan, R-Hades. (Separated at birth from Chris Moltisanti).

Ryan unveiled a long-term economic plan that has less to do with sound national financing than with returning America to the turn-of-the-20th-Century for the benefit of white Christians toiling toward their predestination blissfully providing the labor and cash for reactionary plutocrats. 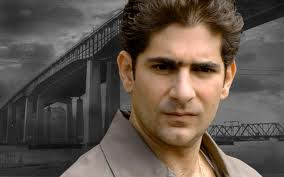 A cabal of neo-fascist (and I use the term in its historical context of militaristic corporatist and ethnic purity) manipulates the lost and loopy Teabaggers as fellow travelers and shock troops who unwittingly are crushing their own futures for the benefit of their slavemasters.

The Ryan plan would sizably increase the very national debt that he claims is ruining the country. Over the long run, it would punish the poor and reward the rich. Of course, in the long run we are all dead, but under the wrathful Republicans, some Americans would be dead sooner, especially those who would be denied prenatal services, adequate Medicaid and adequate Medicare. This modern-day Goebbels believes that America’s safety net has “become a hammock that lulls able-bodied citizens into lives of complacency and dependency.” The only able-bodied Americans I know of who thrive on government handouts to live lives of complacency and dependency. They generally work on Wall Street and summer in the Hamptons.

The current fight over this fiscal year’s appropriations is not about budgeting but about the narcotic lollipops for the fanatic right that have nothing to do with the nation’s financial health.

The wretched Republicans not only would cut funding for Planned Parenthood programs that actually would reduce the number of abortions but would institute a dictatorship of the kind the United States does not accept in other countries. That is, the Republicans are using the fiscal and budgetary crisis to ram their murderous, Medieval ideology down the throats of the half million citizens of the District of Columbia. These people pay federal taxes, have no vote in Congress on how it is used and – most important – pay local taxes that the Republicans will not let them spend as they wish. The Republicans, against the will of people who pay for and die for their country, impose on the local citizenry murderous gun laws, public-school-destroying education vouchers, AIDS-spreading prohibition on needle exchanges and limits on abortion. Why? Because they can, and because they know that President Obama won’t fight.

Could Dickens have created a character more perverse than Lyin' Ryan – a phony who is using made-up numbers, gullible ignoramuses and a fawning Washington press corps?

Ryan is nothing but a brainy Beelzebub whose fancy talk masks an agenda of chauvinism, racism, sexism, militarism and corporatism. He is leading this country to hell in a teabag.
Posted by Ira