The Cup Boreth Over 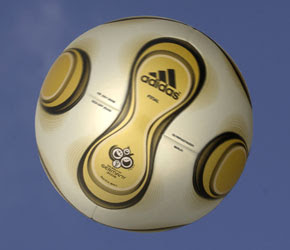 less my daughter for being a baseball fan, but her real sports interest is soccer. I’m sure that’s because she played it through high school and needed some interest other than her parents’ and brother’s. Maybe she likes it because of the sweaty muscular young men who play it, or because there is grace, speed, strategy and tactics.

I have tried to understand the game and its appeal, but the one thing it is missing is scoring, and lack of scoring is something I remember quite well from young manhood.

I watched the U.S. games as much as possible during the World Cup and still find the sport mindless, boring and corrupt. And they don’t tell you how much time is left! When a team scores a goal early, maybe even two goals, what is the point of playing the rest of the match? The outcome is determined.

Also what I don’t like about soccer is that is plain and fundamentally un-American.

I will watch U.S. men’s and women’s teams in World Cup play every four years, but that’s as far as I can or will go with a game that in my youth was played only by foreigners and to this day pretty much still is.
Posted by Ira