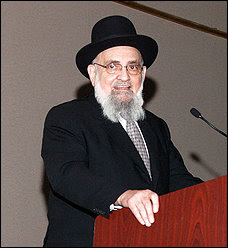 Here is the obit of the rabbi at the orthodox synagogue that the article indicates I attended from 1957-1959. An unremarkable obit of its kind except for two things.

The photo accompanying it is exactly how I remember him looking at the time, and at the time he was all of 27.
And the other thing is a particular irony in the lede graf:

"Gedaliah Anemer, 78, a rabbi who led the D.C. area's oldest and largest Orthodox Jewish synagogue and was considered the chief rabbi of greater Washington, died April 15 at Holy Cross Hospital in Silver Spring after a stroke."