Not so sweet, Caroline 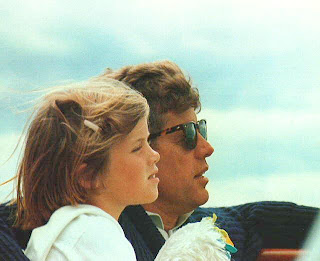 There seem to be two schools of thought on how to fill a vacancy in the U.S. Senate. There is the New York way, which is to wait until a name-brand celebrity appears (see, Kennedy, RF; Moynihan, DP; Clinton, HR) or the old fashioned Chicago way, which is to sell the naming rights to the highest bidder (see, Blagojevich, RR; Candidate No. 5, et al)

There really isn’t that much difference, because the likelihood is that Gov. David “Not only justice is blind but so am I” Paterson of New York will select campaign ATM Caroline Kennedy to keep the family name on the Senate rolls. Except for two years until Teddy became old enough to join the American House of Lords, the Senate has had at least one Kennedy since 1952.

Now, let’s not sneer at Sweet Caroline (once the 10-year-old object of Neil Diamond’s fantasies). She is smart and accomplished and would certainly be good for Democrats, not the least of which is , in the 2010 election in which both would run and for which she could raise more moolah than any two aldermen and their sons-in-law in about 10 minutes.

I am a lifelong fan of the Irish Kennedy family, though the second generation seems to have some lumps in their mashed potatoes. OK, quite a few, but not Caroline!

To those who say the Senate ought to be the capstone of a career spent in public policy, let’s start with astronauts John Glenn and Harrison Schmitt, athletes Bill Bradley and Jim Bunning, television blowhard Jesse Helms, tap dancer George Murphy and son of a boxer (not Barbara) John Tunney. Then there are the rich guys like Herb Kohl and Jon Corzine, who bought their way in. And wives of presidents like Hillary Clinton and wives of would-be presidents, like Elizabeth Dole.

Some of them were good, and some weren’t. That isn’t the point. What you want is someone who puts the nation ahead of self.

And that is why I detest the thought of Sen. Caroline Kennedy.

One of the first phone calls she made was to one of the first people of note she was seen meeting with: One Al Sharpton—this era’s professional Negro, charlatan, extortionist, cheat—an execrable brigand, bunco artist and Barnum of no accomplishment or repute except for inciting the murder of Jews, lying about a rape victim and refusing to pay a court judgment.

That pretty little princess Caroline thinks she needs the approval of this wad of shit-stained one-ply is reason enough to judge that she is not fit for the U.S. Senate, and not even fit to vote—which she has an unhealthy habit of not doing all that often.