Well, Congress has finished it work for the year, so wives and daughters have been unlocked in the nation’s capital, and tourists looking for roaring, preening, feces-flinging monkeys now are flocking from Capitol Hill to the National Zoo.

One of the things our lawmakers did is temporarily “patch” the tax code to prevent about 20 million Americans from paying $50 billion in the “alternative minimum tax.” This tax on the superwealthy was instituted in 1969 when it was learned that some of the richest corporations paid zero taxes, but Congress then forgot to index the amount to inflation. For many of us, the result is an average of $2,000 in taxes above what the tax tables command, and most of us do not consider ourselves super-wealthy.

The hypocrisy surrounding this bill is more staggering than Lindsay Lohan and Nick Nolte on “Dancing with the Stars.”

The Democrats, in keeping with their promise to spend no money without offsetting spending cuts or tax increases, demanded the $50 billion loss to the Treasury be made up by taxing these incredibly newly wealthy hedge fund managers whose annual compensation is in the nine figures but who escape taxation at the same rate you and I pay. But Republicans would have none of it. They demanded spending cuts on top of spending cuts they already forced, including reduced research on curing the chronic diseases you and your parents have. (Or research on spine transplants for Democrats.)

The Democrats caved in, as usual, rather than face charges next fall that they are, well, taxers. Well, someone has to pay for the lost $50 billion, the same amount Bush said in 1981 made his first tax cut for the rich affordable.

Another so-called bipartisan triumph was an energy bill that sets new fuel economy standards for cars to be reached by 2020. Immediately upon Bush’s signature, his Environmental Protection Agency rescinded permission it had routinely given 18 states to set their own strict clean-air standards for cars. These states, including Terminator-led California, are going to raise hell and probably win in the courts.

For pure spite, this Bush administration act takes the holiday cake, barely beating out his Federal Communications Commission's award the day before of more power to fewer media companies, including those owned by Fox News, the wholly owned subsidiary of the Republican party.

One of the grating clichés about the presidential campaign coverage out of Iowa is the constant reference to a “statistical dead heat” among the Democratic contenders.

This is an absurdity for two reasons. In racing sports of any kind, when two contenders cross the finish line at the astrophysically exact time, the heat – or qualifying race – is declared dead. Thus, polling that falls within the margin of error among two or more candidates is not exact. And by saying an impossible result -- an exact tie in caucus votes -- is "statistical" is to modify something that cannot be modified; i.e., a “dead heat.”

By the way, how many of you know that one of Hillary Clinton’s endorsers is Merle Haggard, who when she was in law school was singing, “When You’re Runnin’ Down Our Country, Hoss, You’re Walkin’ on the Fightin’ Side of Me?” 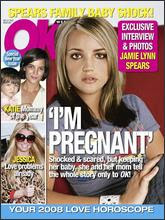 Lynne Spears’ mom was writing a book under a Christian publisher’s imprint, called "Pop Culture Mom: A Real Story of Fame and Family in a Tabloid World." The book now has been delayed indefinitely, at least until after her 16-year-old unwed daughter, Jamie Lynn, gives birth and her 26-year-old daughter, Britney Jean, has her infants tested for marijuana.

The Texas High School Baseball Coaches Association may disinvite as a keynote speaker at its Jan. 12 convention Roger Clemens. The title of his talk had been billed as ``My Vigorous Workout, How I Played So Long.''
Posted by Ira