Not sure what to make of this, but my alma mater, the University of Maryland, was ranked the 54th best college in the nation today by U.S. News & World Report. Yesterday, with the arrival in my mailbox of Sports Illustrated, I learned that Maryland as was ranked 52nd in football.

I fully disclose some hypocrisy here by admitting ownership of season tickets to the football games while at the same agreeing with a famous professor who annually campaigned to have the stadium converted into a vegetable garden. This was back when the team's slogan was "We may be small, but we're slow." One year, they avoided the ignominy of going 0-10 only because a school on the schedule eliminated the football program before the season started, therefore allowing the Maryland Terrapins to go 0-9. (Coincidentally, that school was the George Washington University, which tied Maryland for 54th in this year's academic year.)

Now, the Terps usually go to post-season bowl games, which is no big deal because there are so many of them that half the schools playing Division I football will be eligible. It is for basketball, in which the Terps won the 2002-2003 national championship, that the nation knows my school.My alma mater, which saw some of the best student rioting in 1970 over the Vietnam War, has raised its admission standards so high that the students who riot today after big basketball victories all have 3.5 averages or above as they burn couches in the middle of U.S. Route 1. 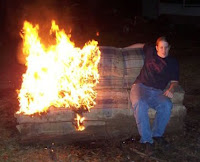 Anyway, an average of 53 in combined U.S. News and Sports Illustrated lists, is nothing to brag about. And for the administration, it means tougher fund-raising, I am sure.

But I live near Washington and used to commit journalism and public relations, so I know how to spin this. So I posit that Maryland is every bit as good as Hated Duke, which averages 54 -- 100 in football and a lowly 8 in academics. 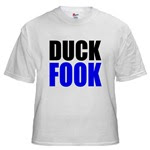 I know you are asking, so the answer is that the Ivies that populate so much of the U.S. News list do ruin the fall by attempting to play football, but not at the level that would merit inclusion in the more elite and better-read Sports Illustrated.

The University of Chicago, alma mater of my juvena filia, rose to No. 8 academically. It dropped football at the height of its success as "Monsters of the Midway" and is home of the first Heisman Trophy winner, remaining the only school that has gone undefeated against Notre Dame.

UPDATE
August 21, 2007
Oddly enough, Maryland was in the same stratum (52nd) in the Washington Monthly survey based on the social mobility of students, research and service. Where it really shone, however, was in the Princeton Review, where it came in a proud and lusty 14th best party school!