Hang In There, Vitter 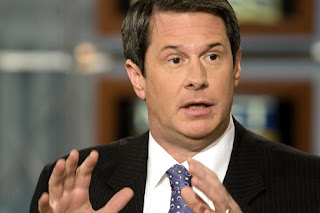 One Web site I have been trying to get to all morning, that of Deborah Jean Palfrey, has been down. No doubt crashed by attempts to access it by people like me – snoops, voyeurs and those who wallow in joy at the travails of self-proclaimed Christians who bring their religion to politics and then get caught letting things hang out that ought to be zipped up.

I refer to a little-known fairly new senator from Louisiana, a conservative Republican, David Vitter. He most recently led the Yahoo Right in killing immigration reform. He came to Washington in 1999 as a member of the House, replacing the would-be Speaker of the House Bill Livingston, who had been an adulterer – like predecessor Newt Gingrich – while impeaching Bill Clinton.

Despite his Harvard degree and Rhodes Scholarship, Vitter is an unctuous crusader for conservative values. He also is on Ms. Palfrey’s newly published list of phone numbers of clients of her “escort service.” She is familiarly known in news reports as “the D.C. Madam.”

OK, it’s not fair for one without sin to cast stones at the personal shortcomings of other fellow humans with weaknesses. But I am eager to see how Sen. Vitter walks onto the Senate floor.

And that is because in a news story in 2000, his wife was among those asked theoretically whether she would forgive her husband any infidelities, as did Hillary Clinton.

She replied, according to Newhouse News Service as quoted today by The Politico:

“I’m a lot more like Lorena Bobbitt than Hillary ... If he does something like that, I’m walking away with one thing, and it’s not alimony, trust me.”

Senator Hit With New Brothel Allegation
AP
NEW ORLEANS (July 10) - Sen. David Vitter, who publicly apologized after being linked to an alleged prostitution ring in Washington, was once a client of a high-priced New Orleans brothel, a former madam told a New Orleans television station Tuesday.

"He seemed to be one of the nicest men and most honorable men I've ever met" -- whoremistress.