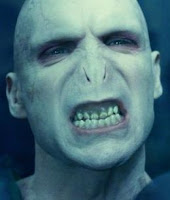 "(Y)ou have condemned yourself to a place among that remarkably small group of Americans whom Americans cannot forgive: those who have sold this country out and who have willingly declared their enmity to the people at whose pleasure they supposedly serve."

It get's more Berzelius Windripian every day. And to say that minimizes Sinclair Lewis' 1935 model of an American Hitler at a time when Hitler wasn't even considered a bad guy by most of the world.

Sen. Hillary Clinton, the leading candidate for the Democratic presidential nomination, writes a letter to the Pentagon asking if there exists a plan for the orderly withdrawal of troops from Iraq -- something 52 senators (plus four cowardly Republicans who the other day voted their party instead of their position) are going to make sure happens.

An assistant secretary of defense, serving on a recess appointment because the Senate was never going to confirm this Cheney weasel clone, writes back that her very question endangers the troops, comforts the enemy and discourages our allies, if we have any.

Let me turn the rest of the story over to my would-be doppleganger, Keith Olbermann, to put context to this next chapter of putrescent history being written in the blood of innocent service people who never contemplated they would be dying for George Walker Voldemort.
Posted by Ira