A new Gallup poll asked people to name the most urgent health problem facing the country, and instead of any single disease, a majority named the cost of health care or lack of access to it. This suggests that despite the specter of terrorism and despite an economic boom, what most Americans fear is fear itself.

The American people are not too swift when assessing real risk, because a few years ago AIDS was thought to be the No. 1 health problem. And this year, as in the past, only 3 percent listed heart disease as the major problem, even though we know it is by far the largest killer.

Yet the Gallup findings mirror those of last month's USA Today poll finding that most Americans are fearful about paying for their future health. 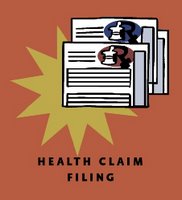 Compounding the dilemma is a finding by Harvard's Robert Blendon that although a majority of Americans are dissatisfied with the health care system, they remain unlikely to accept comprehensive reform legislation.

What people feel, as opposed to what they know, is an increasingly important factor for providers to understand as they try to help consumers make the best personal health decisions. And previous years of this survey have shown that the news media play a significant role in framing the top health problems simply by paying attention to "hot" topics like AIDS, anthrax and obesity.

But in the case of health policy, the average American knows better than the news media and the political parties, because it is he and she in this "open season" for health insurance decisions who have to figure out just how much health they can afford.
Posted by Ira