Unfortunately, his name isn't pronounced "boner" – though he can be just as embarrassing when he pops off – but the second-ranking Republican in the House of Representatives committed one that he is getting a pass on.

Rep. John Boehner of Ohio was elevated to the position of House Majority Leader when Tom DeLay resigned in disgrace only because the guy who should have gotten the position is a closeted gay. His main qualification is that he has a nice tan.

What did he do? He said, in effect, Donald Rumsfeld isn't responsible for the outcome of the Bush Baghdad butchery – the generals are!!! 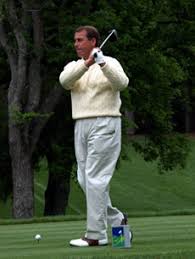 For what he said on CNN yesterday, Boehner should be bounced from the Republican leadership and slimed up and down this country the way he and his party's war-coward malefactors of fear and smear have done to every Democrat who opposes the war.
Posted by Ira