Back from Business, Back in Business

While away on business, they held an election without me.

THROW THE BASTARDS OUT!!!!!

OK, back to the regularly scheduled blog, and a link to a perfectly unbiased, smoothly written deadline account of the night, before it was known the Senate changed hands, too.


Some random thoughts of mine:

-- Nancy Pelosi, the product of an old-line family of big-city Democratic machine politicians, is going to be not just the first

Speaker of the House but the highest ranking woman ever to serve in American government. She will be second in line to the presidency, come January.

--I have no tolerance whatsoever for elected Republicans nor for most Republicans out of office either. It isn’t that they may not have a good idea once in a while. It is because in every recent campaign and in 12 years of governing the House of Representatives, they engage in vicious, unprincipled, racist, demeaning tactics to hold power for its own sake. And because their viewpoints are usually out of step with most Americans’ beliefs, they have to engage in vile tactics to hold on to power.

--Tom DeLay actually blamed the Republicans’ losses on the candidates themselves, not on his own corrupt practices, not on Iraq, not on the president. It seems, according to the pygmy-sized former exterminator, the voters are stupid and voted for Democrats only because the Republicans – whom he led – were inept campaigners. Listen, if they were really that inept, it would have been a 50-seat gain for the Democrats because so many surviving GOPpers hung on by about a single percentage point.

-- Ken Mehlman, the chairman of the Republican National Committee, needs to be outed for what he is. And I don’t mean just the sleaziest, oiliest, most unctuous disgrace to the Jewish people. 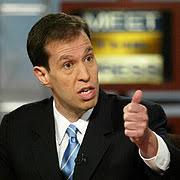 His first TV appearance was to say, of course we want “bipartisanship.” One prominent Republican once called bipartisanship “date rape.” Yeah, Kenny boychik, bipartisanship really works when you call your opponents terrorists.

-- The racism of Republican leaders continues to amaze me. Examples: The Republican-sponsored ad that suggested Democrat Harold Ford was having or wanted to have sex with a white woman. The campaign of the ousted Republican governor of Maryland ‘fessed up to busing in homeless men from Philadelphia to hand out fliers the day before the Election accusing the Democrat of being racist and saying the governor and his hand-picked acolyte, the defeated Senate candidate, were actually Democrats! The Republican talking points repeated ad nauseam during the campaign were designed to scare Middle Americans by pointing out that a Democratic House would result in committee chairmanships going to “Charles Rangel, John Conyers and Barney Frank” – two blacks and a Jewish homosexual – without mentioning the more important chairmanships that would be held by white Catholic men.

Bipartisanship and comity would be welcome, but I hope the new Democratic leaders make life as miserable as human possible for congressional Republicans – whose staffers, as you may recall, ran through the halls of the House office buildings on election night 1994 screaming “Get Out” to their Democratic counterparts.

It is fantastic, beyond belief almost, that the Democrats also won the Senate. The only better thing would have been winning one more seat so that the party could tell traitor Joe Lieberman to go line up with the Republicans who elected him. Lieberman has my vote for the slickest, sickest human being currently in the Senate now that Rick Santorum has been defeated.

The new leadership should do everything in its power, and some things not in its power, to strip the bark off the charlatans and war criminals who destroyed this country so badly in only six years that even most Republican voters woke up.

Speaking of which, it must be great to have the loyalty of a president who says you will have your job for another two years and then fires you the day after an election drubbing caused by your having been appointed in the first place.

Final note: Watch for former Ford/Reagan/Bush41 hack and Bush 43 election thief-in-chief James Baker to replace Condoleezza Rice before the end of the year.
Posted by Ira