Drug Company Tricks Treat Only Themselves 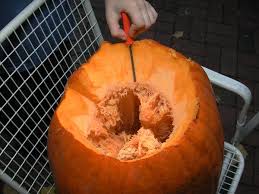 There is nothing intrinsically wrong with widely held corporations making money by offering good products, and without those profits there would be a lot less research into life-saving medicines. But these profits are not really the product of a free market. They result from state-supported socialism – a government that winks at patent laws and creates antitrust loopholes that keep health consumers from getting volume discounts.

For instance, when two drugs whose patents were running out, their manufacturer suddenly realized if it could prove the medication had a slightly higher benefit for blacks than for whites it could patent a new improved pill at a higher price – even though the ingredients were the same as before and would have the same effect.

And when Congress violated two centuries of procedural rules by refusing to count the votes till the last arm was twisted, the drug industry was magically exempted from having to negotiate lower prices with its biggest customer – Medicare. A lot of businesses would invest in that scenario!

And so, we find that the reason for the big drug company profits is political chicanery by socialists masquerading as conservatives who legislated into existence millions more customers for their drugs -- whose prices are artificially sweetened by lawmakers who their previous profits bought and placed in office.

Trick or treat!
Posted by Ira