I May Be Wrong But I Doubt It 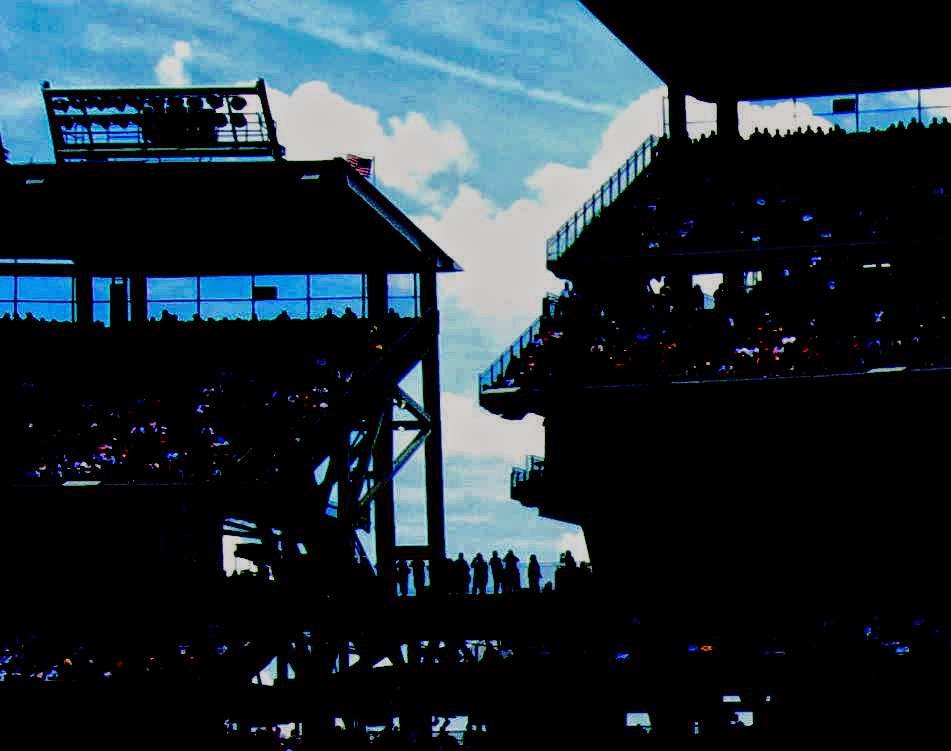 There are three weeks left in the regular season, and here is why the Nationals, if they even make the playoffs, will self-destruct in the first round.
To quote the great Mike Royko, “I may be wrong, but I doubt it.”


The Nationals are simply not as good as giddy fans and broadcasters believe. Forget the won/loss record. When they win a string of walk-off victories, in each case it was because they blew a lead or an easy chance to win in nine innings. They have an excellent record against mediocre-to-bad teams, but struggle against good teams, like the ones they would face in October.


While their lineup has guys any other team would start, no one is even close to being a potential Hall of Famer, no one to carry the team, and no one the other teams are afraid of.


It is my belief that their talent is done in by a collective stupidity rarely matched since Toronto voters elected Rob Ford.


There are only three Nationals I am confident in to play the game the right way and come up big: Anthony Rendon, Asdrubel Cabrera and Craig Stammen. The vaunted starting pitching corps is suspect in big situations, able to dominate for four or five innings, but prone to giving up a crushing long ball or utterly collapsing in the middle to late innings. Stamina. They don’t have it. I think Steve McCatty is an atrocious pitching coach. I wish Doug Fister could start every post season game with Strasburg and Zimmermann in relief.


Adam LaRoche looks classy when he swings – and misses. For his entire career, he is a streak hitter. He has had his streak. I don’t see him producing against tough pitching in October.


Ian Desmond is overrated defensively and hitting badly because he has no sense of the strike zone or of a pitcher’s plan of attack.

Bryce Harper needs no introduction. He is a triple-threat “ me-first” idiot at bat, on the bases and in the field. He has carried the stench of arrogance, egotism and stupidity since he was 15. Don’t tell me “he is only 21.” So are American soldiers. All that might be excusable, but he doesn’t produce. In fact, Desmond and Harper are the two most likely Nats on whom post-season failure will be blamed – that is, they will perform at least one mind-blowing act of incompetence at bat, in the field or on the bases in a game that should have been won.


That brings up Denard Span, everyone’s favorite lately. Aside from overrunning tough line drives in centerfield (where almost any team will have a comparably good defensive players), Span has a habit of getting picked off first base.

Jayson Werth tries hard but he is no longer agile, fast or strong armed – if he ever was. He isn’t much of a rightfielder, even when the sun isn’t shining. Remember all the trouble he had in his first year in DC with fly balls hit into the twilight? Until last Thursday, I would have said would never lose you a game.


Wilson Ramos is a threat at bat, but can't run. I am astounded by his biggest failing as a catcher – the inability to actually catch a thrown ball, whether from a fielder or a pitcher. This is fatal in a close game.


Danny Espinosa. A reminder of Mike Rizzo’s fallibility. A totally useless waste of a uniform.


The bench – Hairston, Frandsen, Lobaton, Schierholtz, Moore. They are bench players for a reason and interchangeable with any other group of scrubs.


The bullpen is vastly overrated, and my evaluation is based on several years of watching Clippard walk the first batter he faces, Storen coming apart in tight situations,  and Soriano making one wonder why someone thought he was worth $11 million a year. I will waste no more words on this hunk of horsepucky. Storen will forever live in infamy for his Oct. 12, 2012 performance for the ages. The Dark Ages. Matt Thornton has real possibility as a real closer, which is what he used to be.


I have left Ryan Zimmerman out of this because I have no idea what his future is. Maybe player-manager soon.


The point of all this is to say that the Nats cannot win against truly good teams.  As of this writing, they are 17-20 against their most likely opponents in the National League postseason and 4-9 against potential World Series opponents. The formula of comparing runs scored vs. runs yielded, which produces an expected win total that is usually accurate, shows the Nats should have won three more games than they have at this writing. That difference is attributable to managerial ineptitude or player stupidity.
At least I can look forward to getting a healthy refund on post-season tickets.
Posted by Ira