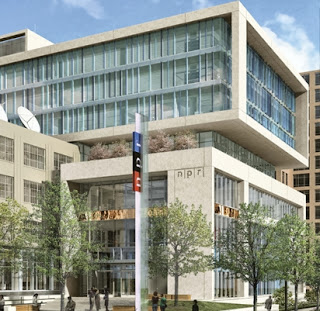 I have a secret to confess. I despise NPR. Always have, even though I once tried out for a job there.
My dander is currently raised because when I turned off “Wait Wait” today and then returned to my car an hour and a half later, I heard a most tendentious “An American Life” report from someone who unfortunately shares my first name – a whiny left-winger on an hour-long rant against the makers of Tylenol and the FDA because – get this – 150 people out of the tens of millions who take Tylenol every year die from accidental overdose.


On this, I am with the extreme right wing. People who are too fucking stupid to adhere to either warning labels or to common wisdom (an overwhelmingly number of people surveyed know the potential risk of overdosing) deserve their fate. Could the labeling be stronger? Sure. And it is. But the portion of the report I heard – produced in association with Pro Publica – was a smarmy indictment of the government and Johnson & Johnson with no smoking pill in evidence.
Every fact sounded accurate, but in totality it would seem that despite the slow grinding wheel of science, there is no scandal. Yet NPR made it seem like people are dying willy nilly because the government is in bed with Big Pharma. It may well be in the long run. But the portion of this report I heard was about an OTC drug that is objectively safer than its competitors but can present dangers to people who can’t read or can’t think. [I also object to the tone of Mr. Glass who said the producer worked a long time on the story and found out things he never knew. Well two points: 1) That is the point of reporting, finding out things you didn’t know, and 2) Working a long time on a story doesn’t mean it’s a good one.]


But back to NPR. What I can’t stand  is the supercilious delivery of its performers; its reliance on people who  sound like Arthur Schlesinger or Truman Capote; its sleep-inducing subject matter; and – I don’t know if they do this anymore – instead of taking voicers from U.S. experts or journalists – they rely on foreign sources sounding like they were speaking with pinched noses through a cardboard paper towel roll.


In general, the entire tone of NPR is “I am smarter than you, and you are smarter than your friends because you listen to this supposedly commercial-free (hah!) taxpayer-supported drivel." I want to be entertained while I am being enlightened. That accounts for “Car Talk” and “Wait Wait” as the only times I purposely listen to the station supported by taxpayers like me.