Wasteland is Vaster, More than Half Vast 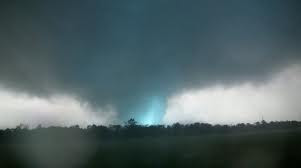 I know, I know. TV watching will rot your mind, but it is particularly unnerving to find that television news (an oxymoron like “march music”) is as offal as anything else in the vast wasteland.

Yet with the Alabama and, now, Missouri tornadoes, national broadcasters (yeah, you, you pornmaster Brian Williams) and especially cable TV have closed in on the miserable survivors to titillate the rest of us with their hard luck, their survivorship, their prayers, their tears.

Who really cares outside of the local area? And why?

Now that the entire population knows that a tornado sounds "like a freight train," and that any disaster leaves behind "a war zone" (though very few people have ever seen on), TV reporters insist on airing even more foolish sound bites like one from the man who said, "It's like World War III."

Aside from the fact we have not had World War III (so far as I have heard, though I have been cocooning lately), all the experts I used to read on the subject of a nuclear exchange talked not of mere rubble, but of the rubble bouncing. I have yet to see rubble bouncing in Missouri, or even Alabama, however much I would love to in the latter case.

Yes, tornadoes are sights to behold, and I hope I never behold one.

But we all know what they look like. We've known for more than 100 years what they look like from photographs. Now that tornado-chasing is an industry created in part to feed the disaster-porn machinery of cable TV, we can watch tornadoes live and nonstop.

In fact, while watching and endless loops of a tractor-trailer truck coming apart in the wind, the anchor at KOCO-TV in Oklahoma City unwittingly spoke for all of America's TV-watching booboisie when she said: “You just can’t get enough of this!”

I can. How about you?
Posted by Ira