Just got back from the World Series, and hoping the outcome for Pelosi’s Giants is any kind of omen for the larger World Series in which the underdogs are the American people and the favorites are the Imperial Empire represented by the former owner of the losing Texas Rangers.

Playing the the World Series in November is insane– especially when there was no rain delay, earthquake or terrorist attack. However, a confluence of events conspired to enable me to see Games 4 and 5 in Texas, and I am grateful for the opportunity. Also enjoyed watching a pitching duel last night from excellent seats, where you can see the artistry, unlike sitting in the upper deck far away when you hope for 11-9 slugfests. However, games are less and less enjoyable no matter where or when they are played.

For one thing, the game, once known as the national pastime, has become an excuse for corporations and their own subsidiaries known as professional sports teams to bombard the viewer with advertisements on every conceivable surface. Even electronic surfaces that you can’t see at the park, in the form of a blank green background upon which Fox promotes its new prime time garbage machine.

Then the electronic scoreboards upon which a fan might like to gaze to refresh himself as to some game statistics, LIKE THE SCORE!, are converted every few seconds to bright flashing advertising messages or exhortations for fans to cheer. As if they didn’t know how.

Then there is the music. Not one second exists during breaks in play when music or more promotional announcements are being made.

And the idiot fans who are allowed in baseball as in no other live entertainment venue to stand up, enter a row of seats and general impede the view of other fans. So little happens in a good baseball game anyway that ushers ought to get nasty with people who on a 3-2 count with the bases loaded decide to enter a row loaded with hot dogs and beer and try to navigate feet, knees and chairs.

Last, and most obnoxious, is the use of sports to promote military objectives, hail “wounded warriors” and generals alike, and generally create a frenzy of fascism between innings. Of course, what do you expect in a stadium that was built by Gov. George W. Bush by raising taxes and where the introduction of two Presidents Bush sets off chants of “USA, USA.”

The two best parts of my trip to Rangers Ballpark in Arlington, besides the company, were the free valet parking for Lexus drivers and the bacon-wrapped barbecue hot dog smothered with onions and encased in a hoagie roll.

Unable to really be vocal about it in a state where everyone around you is probably armed, I can now say I am happy that the victory parade will be in San Francisco. Although the Rangers were once the Washington Senators for whom I rooted, I really liked the Giants players, style of play and uniforms much better. 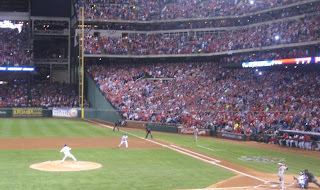 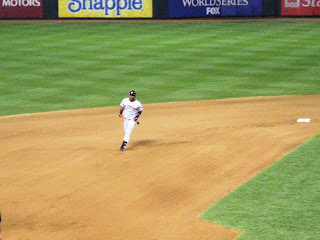 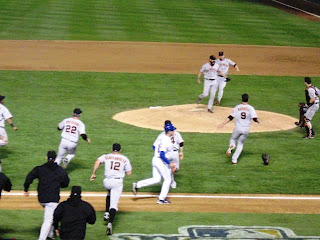 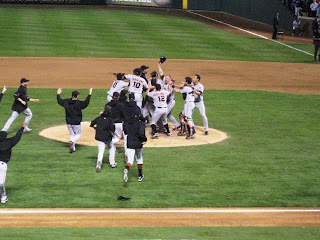 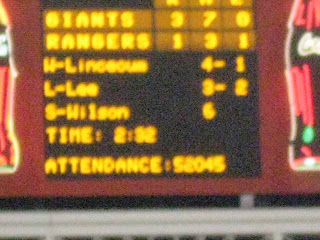