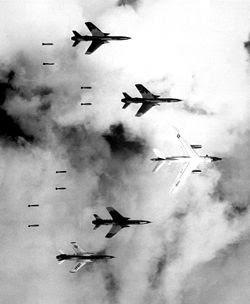 Washington, D.C., is full of crap most of the time, but this weekend it is all of the time.

The crap this Memorial Day weekend is "Rolling Thunder," the massing of flag-waving bikers commemorating Vietnam veterans by revving their motors and pounding their chests in case anyone might think these losers also lost that undeclared, indecent, unnecessary and un-American war.

Most people don't even know what "Rolling Thunder" means. It was the name of most prolonged and least successful military campaign waged in modern times -- the three-and-a-half-year carpet bombing by the United States of civilian targets in North Vietnam, far surpassing the morally questionable, though probably justified, air terror unleashed by the Air Force against Germany in World War II. 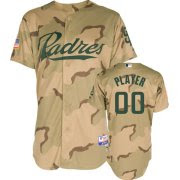 These players are generally between the ages of 20 and 40 and among the physically fittest of Americans. Why aren't the American citizens among them wearing real uniforms instead of their phony camo jerseys?

If you would like your very own sunshine patriot camo jersey, you can get it on the Internet for $199.
Posted by Ira