Had a good time Thursday night, even missed an NFL game on TV. Went to see the pre-Broadway revival of “A Streetcar Named Desire,” starring Cate Blanchett playing the similarly yclept Blanche.

I was told by my date, who holds two degrees in theater, that this is the best American play and fraught with meaning, at least for acTORs.

Hey, it’s a great play, though the entirely Australian cast performing a mishmash of supposedly American accents left me considering getting a hearing aid. And Cate Blanchett certainly captured the eccentricities of Blanche Dubois with physical grace, mordant wit and an intensity that had me believing I was not watching Cate Banchett at all. 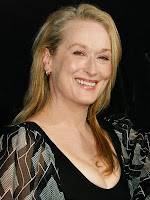 She had me believing I was watching Meryl Streep!