One Wedding and Many Funerals

I’m not that big on other people’s celebrations, but I have to say I enjoyed the wedding we attended Saturday night in Baltimore—the nuptials between Angela and Steve, the son of the best man at my wedding and his wife, great old friends of ours. I know the newlyweds hardly at all, but I did congratulate them on not letting the gay marriage movement disrupt their wedding plans.

We didn’t know any of the guests very well, but I did have a long, interesting series of repartees with my table mate for dinner, the civil officiant who had pronounced the couple husband and wife. I got it off on the wrong foot by asking, “So are you a justice of the peace?”

That’s reminiscent of when I greeted new neighbors by asking the lady of the house, who said she works at the local children’s hospital, if she is a nurse and she replied as pleasantly as possible: “No, I’m a pediatrician.” Anyway, as we departed, the judge said, “I hope to meet you again.” Mindful of her job of dispensing justice to misdemeanants and traffic offenders”,” I replied, “I certainly hope not!”

What was remarkable about the wedding was its site, in an old Presbyterian church long since converted into a civil assembly hall, but erected on vaulted piers to enable its early congregants to be buried beneath the structure, but with public access. The grounds of the old church contain the burial plots of early Baltimore patriots from the Revolutionary War and War of 1812, along with a certain family named Poe.

Edgar Allan Poe died dissolute and without honor is his family’s home town and was buried in an unmarked plot in that very cemetery alongside his grandfather. (As I stepped away from his original plot, two blackbirds swooped over my head looking for a landing site to investigate worm life in the cemetery grass. An omen? I hope not!) As his fame grew, the Poe remains were moved to a more prominent spot at the corner of the block, adjacent to the University of Maryland Medical School, the oldest such institution in the country, which used the cemetery's public access to re-house the early occupants in anatomy classes, courtesy of a local historical figure known as “Frank, the Bodysnatcher.”

As the tour guide noted, Frank was just a capitalist who saw a need by medical students—and filled it.

So, if you ever are sightseeing in Baltimore—God knows why you would want to—skip the nation’s only dental museum, skip the commercially crass Inner Harbor, skip Little Italy and head over to the Westminster Hall catacombs. It’s really ghoul. 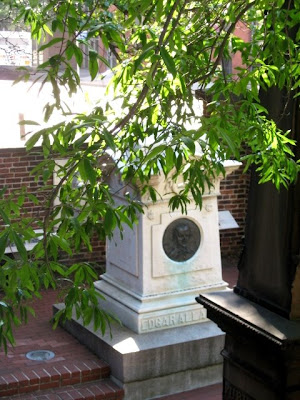 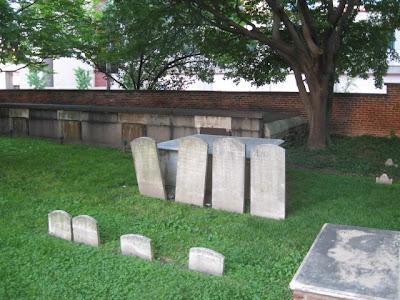 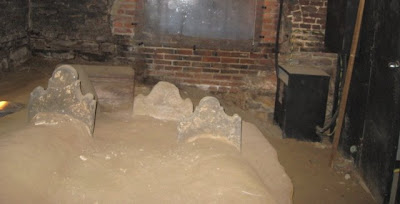 Oh, yes, the bride and groo-hoo-ooo-mm 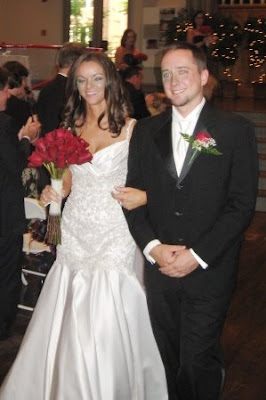