Where you sit depends on where you stand

I spoke too soon in the previous posting. I do have a ticket to the Inaugural ceremony but -- and I am not complaining -- it will be in the elite standing room section. No seat. But I figure it will be warmer amid a group of bundled up VIPs who are moving around trying to stay warm.

It should be a good view for panoramic pictures, though I am not sure Obama will be visible. But, like Joe Hill after his death, Barack Obama will be everywhere and in each of us. He may, however, sue me if ever sees this picture, taken at a Mexican restaurant I was treated to dinner at tonight.

Wonderful, wonderful to see that the new administration apparently has sent "God Bless America" to the dustbin of history and replaced it with the true national song, "America" ("Oh, Beautiful for Spacious Skies"). Tear-jerking, at least here, was the penultimate production at the Lincoln Memorial concert with Bruce Springsteen and 91-year-old Pete Seeger singing "This Land is Your Land," with the original Woody Guthrie verses that have never been sung on record or on TV before:

Anyone else notice how Pepsi, a notoriously Republican corporation (it once had Richard Nixon for a lawyer), is trying to cash in on Obamania?

One mile apart on a road that once transported Africans from the docks at Georgetown to slave quarters farther north and west -- and later to freedom -- stand these two monuments. On the top is Uncle Tom's Cabin. Yes, the literal one that Harriet Beecher Stowe wrote about. On the bottom is the local (state-operated) liquor store advertising "Inaugurale" 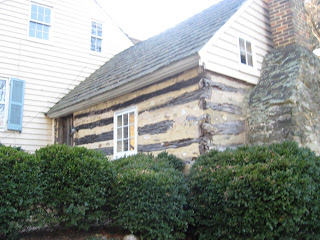