News reports say President Bush has sent Secretary of State Condoleezza Rice to Georgia. Given the administration's Katrina-like response to what may be re-ignition of the Cold War, he must have put her on the midnight train.

The wicked Russian invasion of Georgia was allowed to happen because the United States under George Bush has squandered every bit of influence this once-powerful nation had by invading Iraq because it has oil while ignore ignoring true repression in Sudan and making a mockery at home of the democracy he wishes the rest of the world had.

Single-handedly you have diminished the security of this country and made U.S. rhetoric about freedom a joke. Just add Georgia to the list of "allies" the United States has encouraged to take up arms against a communist enemy and then let them be killed.

McCain is a warrior +
McCain's Georgia policy was influenced by a campaign adviser who was on Georgia's payroll at the time +
McCain hates the Russians +
McCain is well known for his temper
and you have the makings not of a Cold War but a very warm one, perhaps as warm as
a thousand suns.

McCain said he has looked into Putin's eyes and saw the letters K-G-B. A very astute metaphor. But I have one for you, STFU.

Sucking with the stars

We all had a good laugh last week about Paris Hilton’s response to John McCain’s ads finding it un-American of Barack Obama to be better liked and more famous than he is.

The issue is “celebrity,” the definition of which was engraved in history by social historian historian Daniel Boorstin in the 1960s, to wit: a celebrity is someone who is famous for being famous.

Thanks to one of my favorite Web sites, Internet Movie Database http://www.imdb.com/ we can now determine for ourselves who sucks the glitz most. Excluding news and public affairs, here are some of John McCain’s brushes with fame: 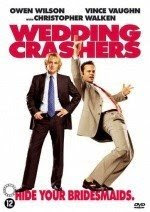 And on the subject of Mrs. McCain, who went to the hospital today with a sprained wrist, one observer noted that it was not serious because Mattel makes replacement parts.
Posted by Ira