Americans love underdogs, which is why I think Hillary Clinton may technically win this week’s crucial primaries in Ohio and Texas. Amazingly, her “evitability,” pathetic record in the past 11 primaries and her shucking of the Madame Tussaud cosmetic line has made the former first lady almost worthy of empathy. Also, with a two-week span between “super” Tuesdays, she has had a chance to find many different slogans and lines of attack against Barack Obama and to get the Saturday Night Live shills to make a contribution “in-kind.”

She will have a case to make that by winning these two big swing states, plus having won California, New York and Massachusetts and planning to steal Florida and Michigan, she is the party’s better candidate. But I wonder. Clinton is explicitly saying that on foreign policy and defense matters, it is better that she go up against war hero John McCain. My view is this: If national security becomes the main issue in the fall, it won’t matter who the Democrat is; McCain will have the advantage, even against Clinton. You need to fight fire with sand, not a matchstick.

Clinton tried to make voters focus on her credentials with a TV commercial you may have seen, showing babies asleep, a phone ringing and an announcer asking who do you want answering the phone at 3 in the morning. 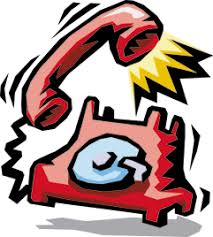 All this ad did was point out the muddled messages of the Clinton campaign. Obama deftly turned it around with his own TV ad that looked very similar but made the obvious point that it matters not who answers the phone but what you say when you pick it up.

The main criticism of the commercial is that it appealed to fear, not hope. But that’s to be expected; just about every product commercial plays on consumers’ fear – of not being insured, not having the safest car, not being pretty enough or being attacked by subcilious cavemen. This reference to F. Scott Fitzgerald’s aphorism that “in the dark night of the soul it is always 3 a.m.,” is meant to scare mothers. That’s because mothers are dumb, right?

Beyond that, I saw a number of flaws in the commercial:

Only one-third of the world is asleep at any given time, so the odds favor a daytime phone call.

There is no red phone.

Most international crises do not occur suddenly a 3 a.m. Eastern time. They generally are telegraphed in advance and the military/diplomatic forces have contingency lans. Middle-of-the night phone calls generally have to do with natural disasters, deaths of VIPS or terrorist attacks, which, if the president could do anything about, wouldn’t have happened in the first place, leastwise at 3 a.m.

Presidents are not awakened at 3 a.m. by a phone call from a foreign leader or a U.S. general. Any global, or national emergency, is handled first by mid-level assistants. The news, if truly important, filters up to the chief of staff or designee, who would phone or walk up to the Secret Service in the presidential residence, someone would knock on the door, be admitted and the president would be informed.

The phone in the ad rang five times. What was she waiting for? To see if it was a telemarketer? Or was she screening the call? Or considering sending it to voice mail?

Do you really think your president would be fully dressed, coiffed, made up and bejeweled at 3 in the morning? Would you want her to be? Or him?

Finally, if Hillary Clinton picked up a ringing phone at 3 a.m., don’t you think she would say, “It’s for you, Bill?”

Snooze You Can't Use

Speaking of sleep, the annual flood of snooze stories by easily prostituted TV stations is under way. Every March, the National Sleep Foundation issues a news release saying how sleepy we all are. Today, it is that one-third of workers fall asleep on the job or feel too tired to work.

Well, since Homo sapiens is the only mammal that does not nap, and since the body wants a nap 12 hours after the midpoint of its natural sleep cycle, this is not unusual. In addition, the post-lunch coma is usually factored into any manager’s expectation of his or her workforce.

Why do these silly, unscientific studies (a telephone poll with a 17% response rate) come out every March? Could it be that today is the beginning of National Sleep Awareness Week, an artifice created by said National Sleep Foundation, which is a creation of the pharmaceutical companies that make largely ineffective sleeping pills and the mattress industry?

The 2006 sponsors of National Sleep Awareness Week, with their eleemosynary interests in parentheses, were:

For 2007, the sponsors included some of the same plus Sepracor, Inc.,(Lunesta) Boehringer-Ingelheim, (Mirapexin®, Sifrol®, Pexola®, Mirapex® -- all for “restless leg syndrome,” ), H. Lundbeck A/S and Merck & Co., Inc. (gaboxado – withdrawn from trials after danger of sudden death from tachycardia)), and Tempur-Pedic, Inc., ($6,000 beds.)
Posted by Ira