Floridians seem to be evolving, at least the ones who haven’t yet evolved into the grave. The state Board of Education yesterday voted to include the Theory of Evolution in the public school curriculum.

What gives one at our end of the evolutionary scale pause is that the vote was only 4-3, and the final measure passed was watered down to define scientific fact as a “scientific theory.” That’s fine, because in science, a “theory” is not the wild-assed guess the rest of us think the word means.

A scientific theory is a set of facts that have been observed, tested, repeat-tested, subjected to review by independent experts and proven to predict future experimental results. Gravity is a theory.* Relativity is a theory. Evolution is a theory.

Except to half of . A poll taken last week by the St. Petersburg Times found that 50 percent of Floridians want only “creationism” or “intelligent design” to be taught.

Well, evolution will work its will, all right, because that kind of thinking also dismisses the meteorological theory that hurricanes will continue to hit the state; creationists will be busy praying while rationalists will be preparing to be survivors of the species Homo sapiens.

* I am reliably informed that gravity should be a theory but somewhere along the line became a "law." 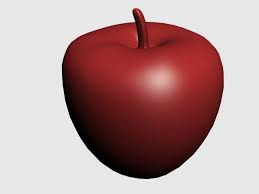