I am not a big fan of Hillary Clinton, but I was astounded on her behalf that the most important politician in American, Tim Russert (on behalf of Barack Obama, are making the case the Hillary and Bill are somehow racist. Both Bill's "fairy tale" remark and Hillary's LBJ reference were stretched farther from context than Joan Rivers' face. 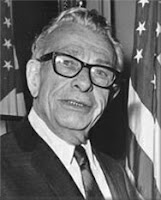 The fact of the matter is not that LBJ had more to do with getting the Civil Rights Act than Martin Luther King, it is that the Republican leader in the Senate, Everett Dirksen, was the guy who got the bill passed by getting enough Republican support quash a nasty filibuster led by Democrat Robert Byrd.

However, Hillary is capable of coming up with garbage like this: "Clearly, we know, from media reports, that the Obama campaign is deliberately distorting this."

CLEARLY from MEDIA REPORTS???? Despite the oxymoronic juxtaposition of “media” and “clearly,” the Clintons plant stuff with reporters and then claim as proof of their victimhood that "it was reported." She has done this before in this very campaign, citing news articles based on her own people's leaks.

And Bob Johnson of Black Entertainment Television, on Hillary's behalf, bringing up Obama's drug use! This was the fourth time in a month one of their hatcheteers has smeared their opponent, then claimed to be innocent of anything. First it was Billy Shaheen, her New Hampshire campaign chair; then Mark Penn, her top political adviser; then it was former Sen. Bob Kerrey, and now Bob Johnson.

The Clintons are damn good at political treachery and maybe it will get her elected, but why would any Democrat support Republican tactics?

As of this writing, both Clinton and Obama are realizing the pointlessness of this back and forth, with Hillary saying: “ … when it comes to civil rights and our commitment to diversity, when it comes to our heroes - President John F. Kennedy and Dr. King - Senator Obama and I are on the same side."

And Obama said, using a phrase that I am sure raised some eyebrows even higher than Nancy Pelosi’s, he did not want the campaign "to degenerate into so much tit-for-tat, back-and-forth that we lose sight of why all of us are doing this."
Posted by Ira