I Love Being Right

Early in November, before the Democratic Restoration, the fangs of the "talking-point-Right" sunk once again into John Kerry for making a poor joke that if students didn't study hard, they might wind up in Iraq.

I said, at the time, Kerry was right because the military had reduced its educational standards in order to find enough fodder for Bushitler's war. I was attacked both on the facts and ad hominem, so I eventually took the posting down.

Not only was I right about that, but now it turns out the military is accepting felons in order to fill the ranks.

According to Democratic Rep. Martin Meehan, chairman of the House Armed Services Subcommittee on Investigations and Oversight and someone who doesn't understand that data are plural:

“The data is crystal clear; our armed forces are under incredible strain, and the only way that they can fill their recruiting quotas is by lowering their standards. By lowering standards, we are endangering the rest of our armed forces and sending the wrong message to potential recruits across the country,” Mr. Meehan said. “Our men and women in uniform represent the best and brightest in America, and we need to keep it that way.”

As the House debates the Iraq War resolution, the Democrats have been leading with five of their new members who have had military service, three of them in Iraq and one of them an admiral. They are against the Bushitler "surge" in troops. 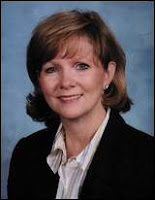 The Republicans? They lead with someone named Marsha Blackburn, whom I heard during debate get right to the crux of the matter with eloquence unmatched this side of the House of Commons: "Whose side are you on!"

It won't appear in news accounts because that snide attack on real Americans was a departure from her text, which had been handed out to the news media ahead of time so they wouldn't actually have to listen.

I wonder if Ms. Blackburn is only a textual deviate.
Posted by Ira