Even Educated Fleas Do It

The United States government, which when ruled from the Right, preoccupies itself with sex and who should not be having any, still produces an occasional glimmer from the reality-based community. 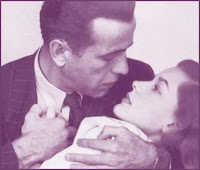 One of them is that 95 percent of all adults have had premarital sex. In a bit of an understatement, one nongovernment expert calls the Bush Administration's effort to promote abstinence-only sex education up till age 29 (which is younger than before George and Laura were married) "extremely challenging."

The survey of self-reported slippage from Biblical norms involved tens of thousands of people over half a century. Some of the details can be read here.

The silliness of the right-wing bedroom Keystone Kops does offer this opportunity to reprint a very old, but still relevant, piece of commentary you have probably read before, author unknown, but very insightful:

The Differences Between Republicans and Democrats

* Democrats buy most of the books that have been banned somewhere. Republicans form censorship committees and read them as a group.

* Democrats name their children after currently popular sports figures, politicians and entertainers. Republican children are named after their parents or grandparents, according to where the money is.

* Democrats keep trying to cut down on smoking but are not successful. Neither are Republicans.

* Republicans tend to keep their shades drawn, although there is seldom any reason why they should. Democrats ought to, but don't.

* Republicans study the financial pages of the newspaper. Democrats put them in the bottom of the bird cage.

* Democrats eat the fish they catch. Republicans hang them on the wall.

* Republican boys date Democratic girls. They plan to marry Republican girls, but feel they're entitled to a little fun first.

* Republicans sleep in twin beds . . . some even in separate rooms. That is why there are more Democrats.