Watch For Political Upsets in Maryland 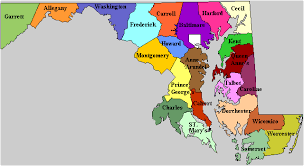 I'm a worrier when it comes to politics. I still can't get used to the idea that in my state's September primary, everyone I supported actually won. A definite first!

But some of these Democrats are atrocious campaigners, and even though Maryland is a historically Democratic state and the issues stack up against the Republicans, I can easily see both the incumbent Republican winning re-election and his idiot lieutenant governor acceding to the Senate.

Why? Democrats don't campaign well and insist on being right on the issues instead of pushing compelling personal narratives. It didn't help that the so-called liberal elite Washington Post endorsed the Republican governor, or that the lieutenant governor wiped the floor in today's debate with the brainy Democrat, a 40-year veteran of state and national politics.

The polls say the Dems have 50 percent to the low 40s for both Republicans. But I don't buy it. The Senate ads by Michael Steele, the Republican -- who is easygoing, issue-slippery, tall, dark and handsome -- are winning him support among swing voters. He will take some reliably Democratic black votes, too.

His opponent, Ben Cardin, is short, fat, bald and a nerd who actually understands policy and occasionally gets some of it enacted. The Post endorsement of Gov. Robert Ehrlich will gain him support in the populous DC suburbs.

The Democrats still take for granted that their higher registration numbers and history of success in the state somehow makes victory inevitable.

With Democrats on the brink of taking over the Senate, it would be a disaster for the country if Steele were elected to the Senate, since he is, like Reagan, an amiable dunce. Steele -- and what a name for a would-be senator! -- was in the pocket of Bush and Rove, then denounced them secretly to reporters, then refused to use the word "Republican" in his ads.

His compelling personal story is that he, like Bush, has failed his way upward. He is black, Catholic, was raised modestly, had Mike Tyson for a brother-in-law, and has utterly no reason to be running except for personal ambition. (The only thing I like about him is the idea that you should run for office because it pays more than anything else you have ever done.)

He is a rank hypocrite -- though that could eliminate every politician were it a disqualifying standard. Steele took $6 million from the Bushies and claims he is independent and running "against Washington." Imagine that -- running against the city you were raised in and have lived in, or just outside of, all your life and insulting the 267,000 would-be constituents who work there in public service.

I hope the two Democrats, Cardin and Martin O'Malley, get really dirty in their ads and are generous in spreading one of Maryland's great political traditions -- election day "walking around money." It may be the only way to guarantee victory.
Posted by Ira