Just Got Back from Texas 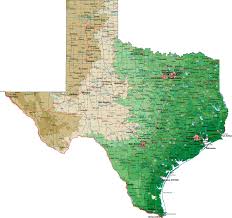 Just got back from a weekend in Texas, flying at 33,000 feet over Texarkana, the town straddling the boundary between Arkansas, and, of course, Texas. There are no cotton fields just about a mile, or 50 miles, away, in Louisiana.

What you do see flying over and driving through east Texas are dwindling fields of whatever they grow there and housing developments sprouting like dandelions. The difference is the dandelions actually improve the environment. Somehow.

I visited Texarkana once, covering some Republican campaign, and stood at line through the middle of town with one foot in Texas and one in Arkansas. Sometimes I feel I am still wiping my shoes.

I did get a chance to catch up on newspapers during airport delays. The big political story was Illinois Senator Barack Obama announcing on every TV show, at every book signing and at every shopping center opening that he may run for president in 2008.

A black president certainly would shape up the terrorist cells in Texas. What? You didn’t know there were un-American, treason-minded, armed, civil-warring insurgents in Texas? If you look carefully you can spot them by the emblem they paste all over their pickup trucks. It has stars and bars.

Obama doesn’t have much legislative or executive experience, just service in the Illinois state senate and two years in the U.S. Senate. Big deal! have no particular problem with him running for president. In my memory, it is the Democrat who is always smarter than the Republican presidential nominee, and usually the idiot wins because he has a compelling personal story and two or three good empty cliches. I think it's about time Democrats stopped trying to intellectualize office-holding and elect a storyline.

In my airport reading, I admired Paul Krugman’s column on Monday in which he points out the American people are more liberal than the Democratic party and it is time for the Democrats to stop holding back out of fear they will be misunderstood.

You can’t get his column except by paying for it at www.nytimes.com, but he calls on any new Democratic majority in either house to flay the Bush administration by investigating everything. He admonishes: “There are those who say that a confrontational stance will backfire politically on the Democrats. These are by and large the same people who told Democrats that attacking the Bush administration over Iraq would backfire in the midterm elections. Enough said.”

The American people agree more with the liberal position on most issues – except for registering and turning out to vote. The voting public is split down the middle so narrowly that some extraneous issue, like the gay Pagemaker, can swiftly change the makeup of Congress.

I think Americans are finally figuring out the Republican ideology that applies on every issue of public policy, from Iraq to Medicare: “If it’s not broke, break it.”
Posted by Ira